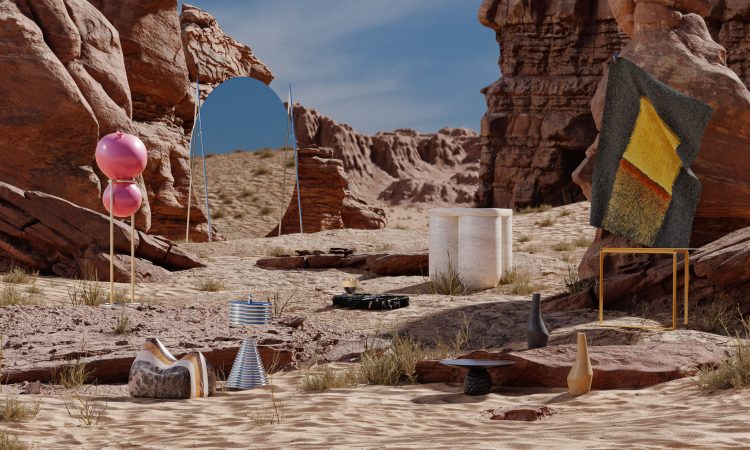 ADORNO is pleased to present “Departures”, a Jordanian collection created in collaboration with the Office of Her Majesty Queen Rania Al Abdullah, the patron and supporter of Amman Design Week. Curated by independent curator and co-founder of Amman Design Week, Rana Beiruti, this collection is presented amongst the rich, pink sands and cliffs of Jordan’s Wadi Rum desert and ruminates on the intersection between the traditional and contemporary in collectible design. As described by Beiruti, it visualises “a voyage into futuristic forms; a dream of the future that is rooted in the earth”.

In wood, stone, ceramic, metal, and wool, traditional craft knowledge are brought to the foreground, highlighting the continued ability and imagination of contemporary designers to manipulate earthly materials to create pieces that resonate with the Jordanian design scene today. 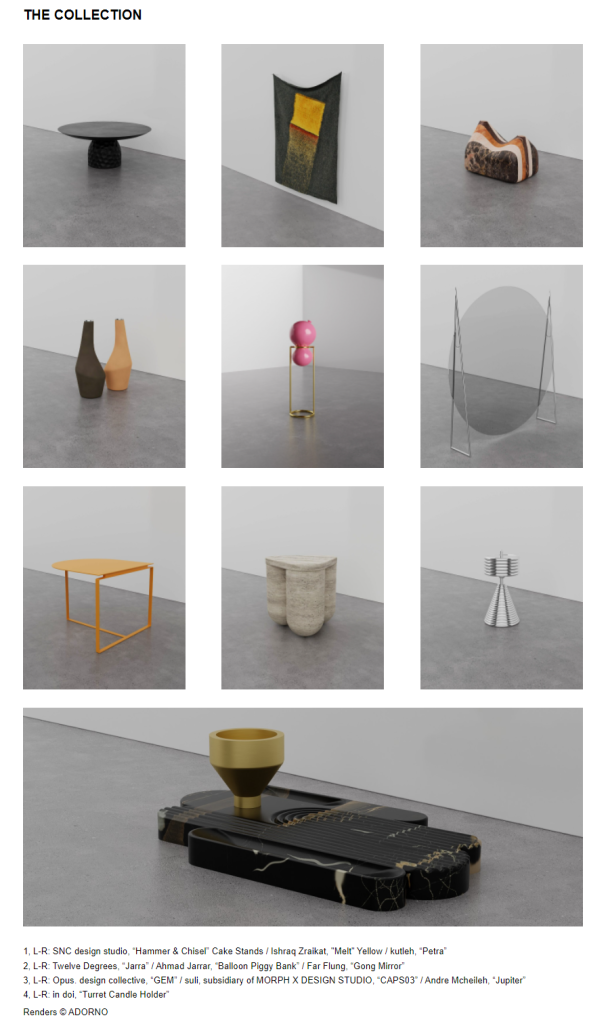 Meet the curator: Rana Beiruti
Rana Beiruti is an independent curator working at the intersection of knowledge production, cultural engagement, and community development. With a background in architecture, her research interests revolve around land-based and social practices in the region, with a focus on topics related to land, material, craft, and the urban landscape. Her most recent exhibition titled ‘re-rooting’ opened at Darat al Funun – The Khalid Shoman Foundation in Amman, showcasing projects related to water politics, agro-ecology, and extractive land-based practices.

Rana co-founded and directed Amman Design Week, the largest non-commercial biennial for design in the region, with a program of curated exhibitions, learning programs, and cultural events. She also works as a consultant in the creative industries, and has spearheaded the initiation of several creative platforms and programs. 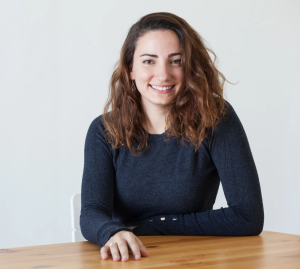